History of the Hana Coast Gallery, since 1990

The two founders of the Hana Coast Gallery came from dissimilar backgrounds but shared the love of beautiful art and crafts created by superb artists and master artisans.

Carl Lindquist was a former director of the famed Volcano Art Center, a beloved community leader in Old Hana Town and the general manager of the Hotel Hana Maui from 1984 to1989 during its major renovation by the Rosewood Hotel Group.

Gary Koeppel, a former professor of creative writing, then candle sculptor and art gallery owner, created three Coast Galleries in California and three in Maui, and has produced over 40 Global Art Expo events throughout the world.

During a vacation in California, Carl discovered Gary’s Big Sur Coast Gallery, which had become the largest gallery of American crafts in the United States, and approached him with the idea of creating a partnership to showcase Hawaiian Arts in Hana that would celebrate the excellence of the Hawaiian arts and culture. 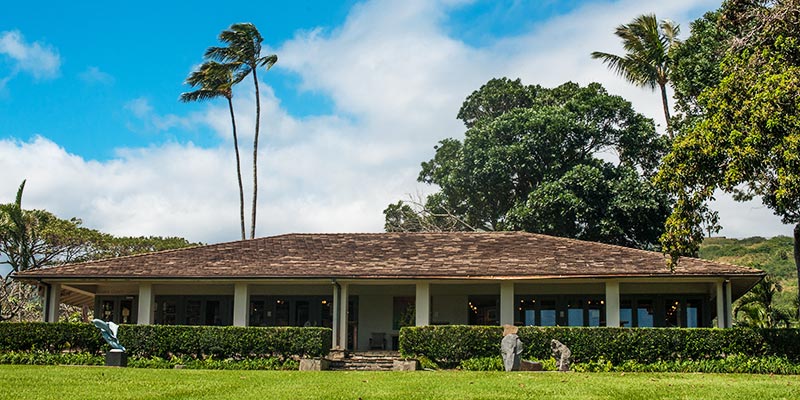 In 1990 their dream was realized with the opening of the Hana Coast Gallery, now fondly regarded throughout the state and Hawaiian culture as “the gem of all Hawaii”.

As their founding Art Director, they selected Patrick Robinson, who migrated from Gary’s Wailea Coast Gallery to the new Hana Coast Gallery.  Patrick contributed his stellar reputation of professional integrity, fine arts expertise, knowledge of local art and artists, and his dedication to excellence during his 21 years of service.

Patrick also mentored his successor, Alesiamae Ku‘ulei Chow, his assistant for ten years and the current Managing Art Director for the past 10 years.  Alesiamae represents the same qualities of perfection and professionalism as her mentor.  She is now the sole curator and manager of the most respected art gallery in all Hawaii.

The gallery is dedicated to the loving memories of the late Patrick Robinson and Carl Lindquist whose exemplary and loving contributions have set the standards that have made the Hana Coast Gallery the showplace of excellence it is today.